Skip to content
Between Nashville & Chattanooga in McMinnville, TN

The Honeymoon Ball of Gen. John Hunt Morgan is based on real historical events here in McMinnville, Tenn., during the Civil War.

The show takes place at a banquet and ball, given by local poetess Lucy Virginia French, welcoming the celebrated Confederate general and his new bride to McMinnville. The festivities are interrupted with the April 1863 invasion of Federal troops attempting to capture them. 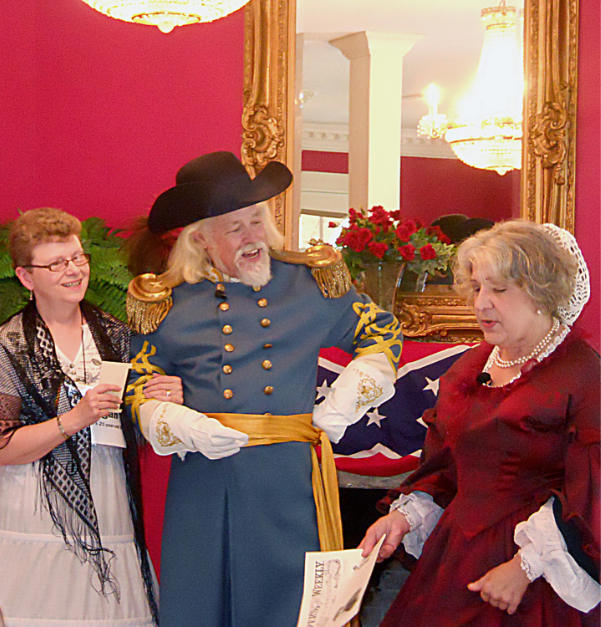 The story is inspired by entries from Virginia French’s Civil War diary and three other local first-person accounts. Falcon Rest’s actors portray Virginia and Morgan, but audience members themselves are the stars of the show. One of them even gets to be Morgan’s 21-year-old bride, Mattie.  Guests are given information about their characters but no lines to remember. With no pressure to participate, they’re free to interact as much or as little as they like in character.

Audience members with two left feet don’t have to worry, either.  The setting is a ball, but this is a show — not a dance — and no one will be called on to waltz. Period costumes are welcome but entirely optional. (Warn us if you’ll be wearing a hoop skirt!) Casual dress is fine as long as it has the right accessories: a sense of humor and a good imagination.

Even in the midst of a war, the Morgans’ days in McMinnville were happy ones, so the show weaves humor in with history. A delicious meal is included, inspired by Virginia French’s description of the menu for the ball in her famous diary.

CONTACT US for more info or to schedule your group

Who was John Hunt Morgan?

A dashing Confederate cavalry officer from Kentucky, John Hunt Morgan was famous on both sides of the Mason-Dixon Line for lightning raids against Union supplies and forces that earned him the nicknames, “Thunderbolt of the Confederacy” and “Swamp Fox of the South.” In mid-1863, he began a raid that would take his troops into Indiana and Ohio, farther north than any other Confederate force would advance during the Civil War.

He wrote that happiest days of his life were those he spent in McMinnville in the early months of 1863. Morgan was promoted to Brigadier General in December 1862 in Murfreesboro, and the next day the 37-year-old general married 21-year-old Mattie Ready of that city. When Federal troops took over Murfreesboro shortly after the wedding, Morgan and his young bride took up residence at the downtown McMinnville home of her relative, Dr. J.B. Armstrong.

During an idyllic three months of relative calm, the young couple enjoyed riding in Warren County’s mountains and visiting with the locals, most notably famous poetess Lucy Virginia French and her husband John. Virginia even threw a ball that winter to welcome the Morgans to town.

The honeymoon ended in mid-April 1863 when Union troops invaded McMinnville to capture the elusive Morgan, but he and Mattie managed to escape. That summer, Morgan’s Raiders started their sweep through Union territory conceived during his stay in McMinnville. It was designed to divert Federal troops in Tennessee, enlist recruits in Kentucky, and take the war to the North in an effort to erode the citizens’ will to continue. In 24 days, Morgan passed through 52 towns in Kentucky, Indiana and Ohio, captured nearly 6,000 prisoners, and damaged 10 million dollars worth of public property before being captured. 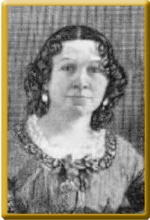 Writing under the name of “L’Inconnue,” Virginia was already a famous authoress when one of her stories so intrigued Col. John French that he married her and brought her to his McMinnville plantation, “Forest Home.”

Virginia kept an eloquent diary from 1861-1865, chronicling civilian life during the war as well as her encounters with generals from both the Union and Confederate armies.

Publicity materials to promote your trip

Use this profile sheet, describing all three shows with details and pricing, for your group to choose their show. Download.

Don’t worry about summarizing information for your trip publicity. Just use this text block for your article, newsletter, tour catalog, etc.  Download.

Publicity poster for “Murder at the Mansion” to show your group as they plan their trips.  Download.